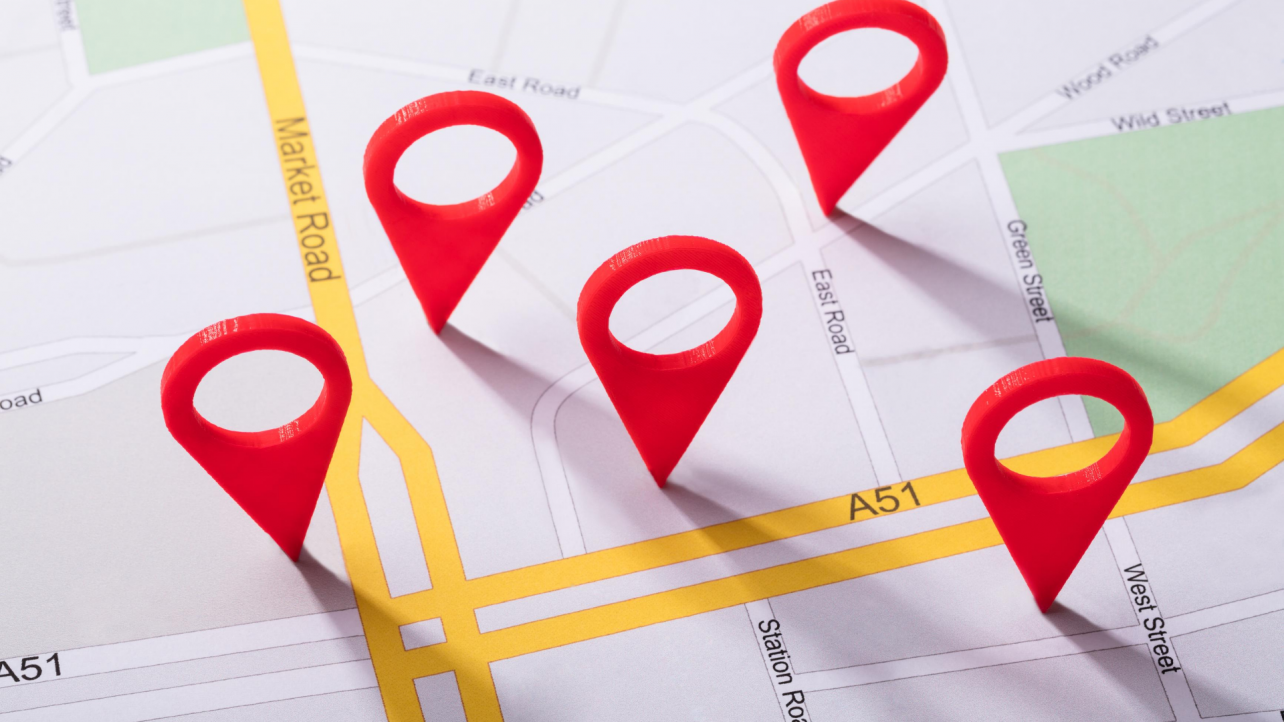 One of our Writing Development students recently wrote in with an excellent question about IELTS task 1 map question. I’d like to address her question and answer it for you here:

This is a very good question, because if you run a search for “IELTS Academic Task 1”, the vast majority of results will be for graph questions. There is a wealth of research on how test takers handle graph questions, but much less for maps. The IELTS task 1 map question type is often overlooked, even though it comes up fairly often in the IELTS exam. In the interests of preparing you for this possibility, we are making our response to our student public.

In case you are new to IELTS preparation, let’s revisit the basics. For IELTS Academic Writing, Task 1 will always be a 150-word report on a set of data. Within this, there are a few variants. The data could be a graph. Graphs include bar graphs, line graphs, pie charts and tables. However, the data could also be a diagram or illustration of a process. The third option, which we are considering here, is a map or set of maps. In this post, we will explore:

The map question can take one of three forms. While this does seem unnecessarily complex, one of them is much more common than the others. It’s important that you identify the type of map you are dealing with before you start writing, because this will affect the structure and format of your report.

Type 1: Two maps, past and present

This is the most common map type. The question presents you with two maps of the same location, one in the past and the other in the present, or at some time after the date of the first map. For this task, you will have to discuss what has changed between the first map and the second. This could involve discussing man-made structures like buildings or roads. It could also mean discussing changes brought about by natural features such as rivers or forests.

For this question, you will get two maps, as in type 1. But this time, the first map is from the present day and the second one depicts the future state of the site. The heading will usually be something like “proposed changes to the town”. You will have to compare the present site to its hypothetical future. You will have to use future tense constructions to do this.

Thankfully, this one isn’t very common, but it can come up. For the single map question, you have to simply describe the map of a location. This question type resembles the process/diagram question in that there is no opportunity to compare and contrast two different objects. It can be quite difficult to find 150 words for this question type, and it’s probably the most difficult of the three types.

Because it’s more common than the others, we will focus on type 1 in this post. Of course, we are happy to answer your questions about the others and may devote separate posts to them in future. The good news is that as far as format is concerned, there is not much difference between an IELTS task 1 map question and any other Task 1 Academic report. We will stick to what we have called the POD Model: Paraphrase, Overview, Discuss. This keeps things simple and it has the further advantage of giving us three paragraphs. Remember to separate these with an empty line.

Take the statement in the question and reword it. This will be your first paragraph. Let’s do this together. “The maps below show the village of Stokeford in 1930 and 2010“. The phrases in bold represent opportunities to paraphrase. Nouns, verbs and adjectives are perfect for this. Here are some options:

Like any other question type, an IELTS task 1 map question needs an overview. This part is crucial, and it’s the part that our student found most difficult. As with a graph question, the purpose of the overview is to give the reader a brief summary of the most important feature of the data. Here are some questions you can ask yourself in order to prompt a response that you can use to craft your overview:

In our example, we can give definite answers to any or all of these questions. The changes are substantial. Almost everything is different in 2010, apart from the location of the primary school and post office. Also, the character of the place has certainly changed. In 1930 it was rural, with farmland all around the village. But by 2010, all of the farmland had given way to houses. These houses now predominate. There are many more of them than there were in 1930. Here are some options for an overview:

Once you have set the scene with your introductory paragraph and overview, you are ready to begin discussing the particulars. At this point, the examiner will be looking at your ability to compare and to discuss spatial relationships. In any language, these are important functions. And in most languages, including English, they depend on fairly complex patterns and structures.

It’s important to bear in mind that you have to be selective here. You won’t be able to describe each and every detail of the maps, and you don’t need to. It’s better to be discerning, and select data points that you can handle comprehensively and in a way that shows your command of English.

This brings us to the language requirements of this task. Clearly, describing the spatial relationships between different objects will be crucial to this task. One of the most challenging aspects of this is the use of prepositions. You might use good vocabulary, but if you don’t manage prepositional structures well, your score will suffer. Here are some descriptions of the data that use language of place and location. These statements are not in any particular order:

In our overview we noted that there have been major changes to the landscape of Stokeford. Therefore, we have to follow this up with descriptions of these changes. There are two important considerations here. The first is that we must avoid using one word repetitively, such as “destroyed”, even though it’s clear that several of the earlier structures have been destroyed to make way for new ones. Secondly, we have to be accurate when we use verbs, because many verbs collocate with specific prepositions. Finally, we will end up using quite a lot of passive voice here, which is fine. Here are some examples:

Putting it all together

Your score in IELTS writing will depend on how well you coordinate all of these elements. Your writing has to have a coherent flow from beginning to end, so all the requirements for coherence and cohesion will come into play. Now that you know what IELTS task 1 map questions are all about, you should practice formulating answers to the various types of map question. Highway IELTS’ writing development is an ideal place to get started. There is much more we could say about this topic, so if you have any questions get in touch and we’ll be happy to answer them.