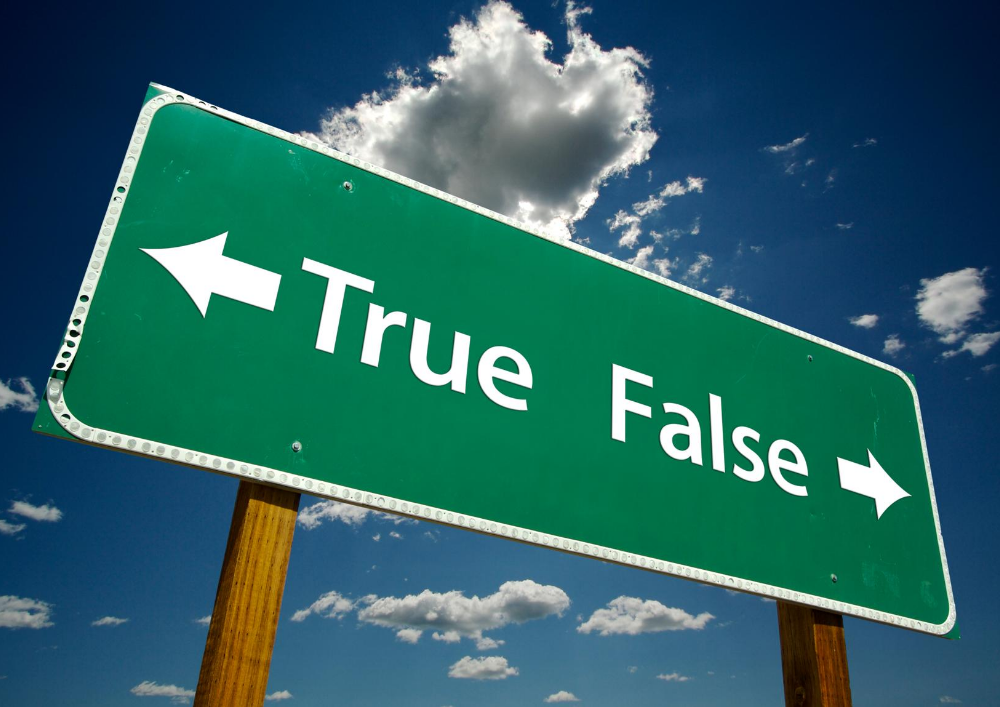 One of the trickiest parts of the IELTS exam is the True/False/Not Given question type in IELTS Reading. We will refer to this as TFNG. This question type requires you to distinguish between true statements, false statements, and statements that do not refer to anything in the text. This is harder than it sounds, and many people lose points on the reading test because they fail to distinguish these successfully. Because there are usually around 7 of these questions in the IELTS Reading test, getting it right can affect your final band score by up to 1.5 points. In this article we will do three things:

What is True False Not Given?

TFNG is a question type that features in every IELTS Reading test. It is present in General Training and Academic Reading tests. In all likelihood, you will have at least 7 of these questions in your test. The question will present you with a set of statements and ask you if they are true, false, or not given, according to the text. This last part is important, as we will see later. The rules of the game are as follows:

When you answer this question, you must answer with only the words “True”, “False” or “Not Given” on your answer sheet. For people who take the test on a computer, these are the only items you may type in the answer box. It is also permissible to write the first letter “T”, “F” or “NG”. However, if you do this, make sure that you distinguish your “T” clearly from your “F”. Many people form these letters in a way that makes it hard to tell them apart, so be careful if that describes you.

Is it the Same Thing as Yes No Not Given?

Yes, you can think of TFNG and “Yes No Not Given” as essentially the same question type. There is a minor difference between the two. For “Yes No Not Given”, the statements will relate more closely to the writer’s point of view or attitude. TFNG, on the other hand, might refer to the writer’s attitude but will more usually refer to the facts in the text itself. We unpack this distinction in more detail in the Highway IELTS Reading Development Course, but for the purposes of this article we will treat them as one question type.

DANGER: Beware of “Reading In”

When it comes to IELTS Reading, many people worry that they will have to read about unfamiliar topics. They fear that this will put them at a disadvantage. Well, it turns out that the exact opposite is the case when it comes to TFNG. Reading texts that do not deal with your personal field of expertise can actually make things easier.

Yes, you read that right. It’s actually better to get topics that fall outside your field of expertise. This is because you will be less likely to add things to the text that aren’t there. When people do this, they end up answering “true” or “false” where the answer is actually “not given”. If an engineer reads a statement about some property of engineering, he or she might immediately make a judgment based on background knowledge. The danger here is that if the text itself does not address this issue, you cannot give it a “true” or “false”.

“That Must Be True!”

An issue related to this is the question of how far you can rely on common sense in answering TFNG. The reason this is a problem is that there will often be questions that seem tantalisingly obvious. Consider the excerpt below and the TFNG statement that follows:

Chronobiology might sound a little futuristic – like something from a science fiction novel, perhaps – but it’s actually a field of study that concerns one of the oldest processes life on this planet has ever known: short-term rhythms of time and their effect on flora and fauna. This can take many forms. Marine life, for example, is influenced by tidal patterns. Animals tend to be active or inactive depending on the position of the sun or moon.

Numerous creatures, humans included, are largely diurnal – that is, they like to come out during the hours of sunlight. Nocturnal animals, such as bats and possums, prefer to forage by night. A third group are known as crepuscular: they thrive in the low-light of dawn and dusk and remain inactive at other hours. When it comes to humans, chronobiologists

Statement: Most animals are active during the daytime. True, False or Not Given?

Many people, under pressure, would immediately reach for “True” here. After all, it seems reasonable to assume that most animals are active in the day, just like humans (as it turns out, this is actually false). We might even get some encouragement from this sentence straight from the text:

Numerous creatures, humans included, are largely diurnal – that is, they like to come out during the hours of sunlight.

However, this would be the wrong answer, and we would lose the mark. Let’s discuss why this is. The word “numerous” (in the text) and the word “most” (in the statement) are not synonyms. The word “most” signifies a quantity of one half or more. “Numerous” is far less specific. It’s definitely not specific enough to make the connection.

In this example we see how easy it is to “read in”, instead of drawing information out of the text. Make sure that you don’t do this in the exam, because it can cost you marks. This example also points up something we should have in mind whenever we tackle TFNG: the importance of quantifiers. These are words or phrases that describe quantities. In our example, we had “most” and “numerous”. These are both quantifiers. Other examples are: several, many, a majority/minority, none, some, almost all, almost none, every, each. We can also include adverbs that describe time and frequency such as never, always, sometimes, occasionally, almost always, almost never and seldom.

Another common error people make with TFNG is to make a quick choice based on the presence of the same key words in the text and the statement. This is understandable. After all, if you the same key word in the question and in the text, you might easily conclude that you’ve hit on the answer. Unfortunately, TFNG will seldom be so forgiving as to give you such a straightforward route to the answer. Consider the paragraph below and the statement that follows:

The worsening global shortage of helium could render millions of dollars of high-value, life-saving equipment totally useless. The dwindling supplies have already resulted in the postponement of research and development projects in physics laboratories and manufacturing plants around the world. There is an enormous supply and demand imbalance partly brought about by the expansion of high-tech manufacturing in Asia.

Statement: High-tech industries in Asia use more helium than laboratories and manufacturers in other parts of the world. True False or Not Given?

If you used the proper noun “Asia” to scan and find the relevant part of the text, you would be on the right track. If you saw “manufacture” as another shared key word, you would be getting close to the answer. You might be tempted to say the statement is true, given the following statement made by the author:

There is an enormous supply and demand imbalance partly brought about by the expansion of high-tech manufacturing in Asia.

However, this statement does not actually verify (or negate) the statement. This is because both statements could be true at the same time, but neither one is entailed by the other. For example, it could simply be the case that the addition of high-tech industries in Asia has added to the demand in such a way that it now outstrips supply. But we are not told specifically that Asian industries use more helium.

One of the things that makes TFNG difficult is that it often requires you to actually read for meaning. Many other question types can be handled by using trainable strategies. However, if your reading comprehension skills are lacking, TFNG will reveal this. Be careful that you are not simply giving an answer that vaguely sounds right. You should verify your choices by reading the relevant parts of the text in close detail, because very often, the text will include nuances that will escape a superficial reading. Here is a piece of text that we saw earlier, but with a different statement:

Chronobiology might sound a little futuristic – like something from a science fiction novel, perhaps – but it’s actually a field of study that concerns one of the oldest processes life on this planet has ever known: short-term rhythms of time and their effect on flora and fauna.

Statement: Chronobiology is the study of how living things have evolved over time. True False or Not Given?

This statement is false because it directly contradicts a statement in the text itself. The text describes chronobiology as the study of “one of the oldest processes life on this planet has ever known: short-term rhythms of time and their effect on flora and fauna.” Don’t be thrown by the fact that we have references to “the oldest processes” in earth’s history, and match that to “evolved over time”. If you take some time to read the statement closely, you will see that the text directly negates it.

Getting True False Not Given Right

There’s no getting away from TFNG. As we can see, it can be a headache. But there are some general principles you can apply to guide yourself and increase your chances of getting to the right answer:

Answering questions like this is the core of our work at Highway IELTS. If you found this article helpful or interesting, we would love to hear from you. Contact us today, and join us on the highway to success!