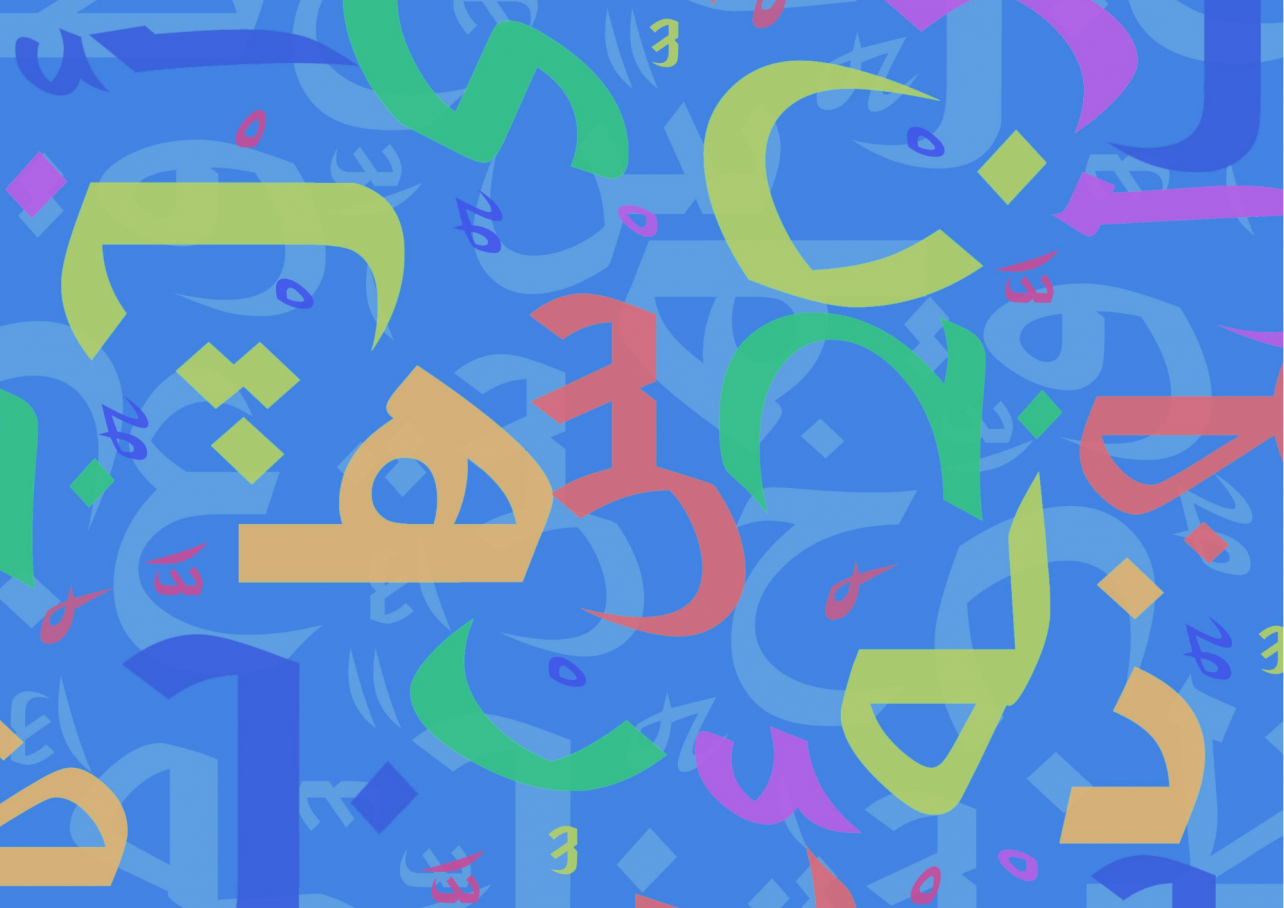 At Highway IELTS we service an international clientele. One of our priorities is developing training to make IELTS accessible for Arabic speakers. This post is part of a series dealing with language-specific topics and issues. It will be most relevant to you if you are an Arabic speaker, but even if you aren’t, we will be dealing with some important issues in IELTS and it’ll be well worth your time. We will even learn something about the IPA. In the course of this post we will:

Differences Between Arabic and English

Arabic and English come from different language families. Arabic belongs to the Semitic group, along with Hebrew, Aramaic, Tigrinya, Maltese and others. English, on the other hand, belongs to the Germanic family, along with German and the Scandinavian languages. Of course, English also has close ties to the Romance languages, as we’ve discussed before. However, Arabic and English are in contact all over the world, in cultural exchange, commerce, trade and travel. IELTS is another venue where the languages interact. Predictably, there’s a lot of borrowing between the two languages. By now, there is a sizeable number of English words with Arabic origin, and vice a versa. This increasing interaction is one of the reasons IELTS for Arabic speakers is such an important topic.

Of course, the two languages have totally different writing system. English uses the Latin alphabet, while Arabic uses the Arabic script. This is one of the earliest hurdles that speakers of either language encounter when trying to learn the other. I myself learned the Arabic script when I lived in the Middle East in order to be able to live and work in the environment, so I know exactly how this feels. While it’s challenging at first, it also yields a great sense of achievement and competence once you begin to be able to read and write with some fluency.

Another obvious difference is in how the languages sound. They rely on very different phonetic systems. For example, Arabic has a huge range of consonants and utilises dental (teeth), labial (lips) and pharyngeal (throat) features very widely. In contrast, English has an extensive vowel range (around 20 vowels depending on regional variation). Moving from Arabic to English, or vice a versa, involves a radical change in how you use your vocal apparatus. As we will see later on, this is one of the major issues that comes up in IELTS for Arabic speakers.

A third category of difference is in the structure of the languages. Arabic has a very economical way of doing things like attribution. For example, to say that the car is red, you can simply combine “the car” and “red” to form a sentence. My first Arabic teacher used this example because she drove a red car, so it has stuck. This is obviously different to English, which requires a form of the verb “to be” when connecting an attribute to a thing. The reason for this is that English verbs don’t carry enough information to be precise about meaning. As a consequence, English has had to develop a highly complex system of aspect, including auxiliary verbs, modal verbs and stems like -ing. In Arabic, verbs are very flexible and can be modified to carry a lot of meaning, so there’s simply no need for all of that.

All of these differences can make learning English quite challenging for Arabic speakers. This is equally true for English speakers learning Arabic (believe me). Because we are in the business of offering training in IELTS for Arabic speakers, we are going to focus on the errors that Arabic speakers sometimes make when speaking English. We’re also going to consider how these errors play out in the IELTS exam.

The differences in Latin and Arabic script do not really play a role here, because by the time a person is ready to attempt IELTS, he or she will have already learned to read and write in Latin letters. However, English does have a notoriously volatile spelling system, which we address as a module for writing development students.

Pronunciation is a more important issue, because it forms a substantial part of the assessment criteria for the speaking test. Your ability to understand English that you hear will also be relevant to how well you handle the listening test. Of course, we should expect two languages from different language families to have very different sounds. But it’s not only about individual sounds. The ways in which English and Arabic speakers use tone and pace to convey meaning are also quite different, and this can sometimes lead to misunderstanding.

Frankly, very few people who move between these two languages do so without having a discernible accent when speaking one of them. As far as IELTS is concerned, this is fine. Remember, IELTS tests your ability to communicate. So, as long as people can understand you when you speak English, you will not receive any penalty for your accent. Nevertheless, it’s a good idea to be aware of some of the differences in the way these languages sound.

In English it’s very common to start a word with a pair of consonants. There are many words that start with /sp/: sport, speak, space, spin. Another very common way to start English words is with /sk/: sky, scan, scale. This is a challenge for speakers of many languages in which this is not common. Arabic speakers (as well as speakers of many languages), sometimes insert a vowel sound before the onset of the “s” in order to make it easier to pronounce: “espeak”.

In any language, a stop is a consonant sound that has a short duration. As the name suggests, some part of the vocal apparatus stops the sound. If you pronounce a sound like /p/ or /b/, you close your lips, then force them open by expelling air. The difference between /p/ and /b/ is that /p/ has no voice. This means that there is no vibration in the throat. You can test this by resting your hand against your throat while you make a /p/. On the other hand, /b/ involves vibration in the throat. Therefore, we say that /b/ is voiced while /p/ is voiceless.

The interesting thing for Arabic speakers is that /p/ does not exist in most varieties of the language. This poses an obvious problem, because /p/ is everywhere in English. Even worse, /p/ is a phoneme in English, which means that it carries meaning. There’s a substantial difference between the words “big” and “pig”. When I was learning Arabic, I caused some rather hilarious misunderstandings by inserting a /p/ sound into Arabic words, which just sounds silly, because /p/ shouldn’t be present at all. But in English, this mistake actually disrupts meaning.

Now, the Arabic language has a very wide range of stops. It utilises the glottis, the opening between the vocal folds, in many words. If you’re not an Arabic speaker, try to laugh without making any noise. You will feel a sensation as your vocal folds come together and make a kind of popping sound. It’s this feature of Arabic phonetics that can make Arabic speakers sound a little abrupt when they speak English. This is because, if you overuse glottal stops in English, your speech can sound somewhat over-pronounced. For example, if you pronounce every word that begins with a consonant with an explosive glottal sound, you might come across as lacking fluency, or even angry. If extreme, this can affect how the examiner will rate your speaking in the Pronunciation rubric.

As we said earlier, the two languages have radically different grammatical structures. Arabic verbs are extremely information-rich. In Arabic, you can modify a verbal stem to load it with information about how, where and when something happened. In contrast, English verbs are rather terse. However, English faces the same problem of describing a complex real world. So, English meets this challenge in a different way, by using auxiliary and modal verbs. This leads to difficulty for Arabic speakers, who either omit these elements, or select the wrong one. Just like the affixes on Arabic verbs confuse English speakers, the vast array of little auxiliary verbs can appear superfluous to Arabic speakers. Unfortunately, though, they aren’t. And if you omit them in written or spoken English, coherence and accuracy both decrease. Of course, you don’t want this, because your score for Grammatical Range and Accuracy is essential to your overall writing band score.

If you are a tutor helping an Arabic speaker prepare for IELTS, you need to be aware of all of these issues (and more). It would also help if you had some knowledge of Arabic, even if only elementary, as this provides insight. If you are an Arabic speaker yourself, and you find any of these topics challenging, you have an opportunity to improve your English For IELTS. In either case, you’ll find everything you need in Highway IELTS’ Skills Development Suite. These courses combine decades of IELTS experience with expertise in linguistics and online learning. The courses are also fully calibrated to different levels of proficiency, so tutors meet students where they are and take them where they need to be.