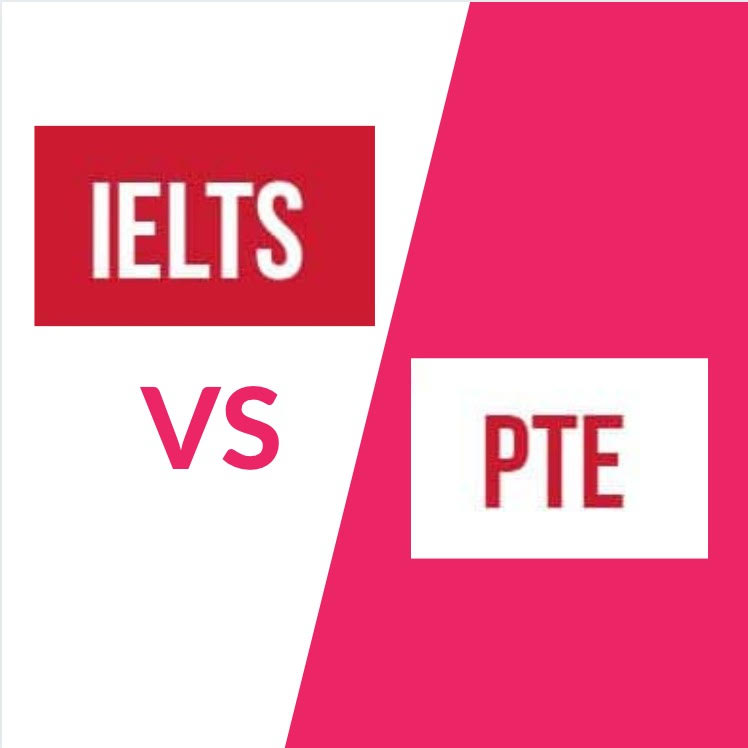 Many people ask us which English test they should take. Often, they want to know which of the many English tests available is the “easiest” or “best”. To answer a question like this, you have to consider a large number of factors. In this post we will be comparing two of the most popular and internationally recognized tests of English: the International English Language Testing System (IELTS) and the Pearson Test of English (PTE). If you are unsure about which of these tests you should take, this post will provide you with the information you need to make this choice.

What do IELTS and PTE have in common?

Both IELTS and PTE are tests of ability in the English language. They both gauge your ability to understand and communicate using English. Both tests enjoy recognition from international institutions including universities and governments, although IELTS remains the industry leader. In both tests, you will have to communicate by speaking and writing. Both tests incorporate listening and reading modules into their overall structure. For both IELTS and PTE, you may choose between an academic test and a general test.

In order to successfully tackle either IELTS or PTE, you have to use English with a high degree of skill and sophistication. Neither one is “easier” than the other, although IELTS is a clear front-runner in terms of fairness and accountability. There are two primary reasons for this. Firstly, IELTS relies on human assessment and multiple levels of oversight and quality control. Secondly, IELTS has a much longer history, which means that it has had time to absorb the lessons of experience and critical reception.

Both of these tests are roughly similar in cost and waiting period for results. The IELTS computer-based test and PTE both return results in a few working days, while the traditional IELTS exam takes a few days longer.

Differences between IELTS and PTE

There are some important differences between the two tests that you need to consider carefully before making your choice. When making this choice, you should consider the advice of your agency or sponsor. However, IELTS remains the gold standard in English language proficiency globally.

The IELTS test has traditionally been paper-based, with an in-person interview for the speaking exam. While IELTS is now available in a computer-based form, writing and speaking are still assessed by a human examiner. PTE is entirely computer-based and uses sophisticated software to assess all aspects of the test. This reliance on algorithms is disconcerting for many people, as it detracts from the communicative aspect.

Do IELTS and PTE test the same skills?

While both tests do assess English language ability, the means by which they do this are very different. In PTE, candidates must perform a series of small, specific tasks. For example, in the speaking and writing test, candidates must read aloud, describe images, re-tell lectures, summarize texts and write an essay.

In contrast, the speaking module of IELTS requires you to answer questions, speak for a long turn and engage in conversation with a human interlocutor. The writing test consists of an essay and a smaller task that is either a letter (general test) or a data analysis (academic test). Because a human marker will grade your IELTS writing, the tasks are longer and fewer in number. This allows for the nuance and sensitivity to communicative ability that have made IELTS the industry leader that it is today.

Each of the tests has advantages and disadvantages when it comes to booking. Both the computer-based IELTS and PTE offer a wide range of options in terms of dates and times. Here, IELTS has the edge, because there are far more test centers for IELTS than PTE.

Are the Reports the Same?

The reports that each test generates differ substantially. Your IELTS report will show a score for each of the four components (speaking, writing, reading and listening), as well as an overall score derived from these. A PTE report is slightly more detailed. In addition to a score for these same four components, the report gives a score on six additional areas. These additional skills come under the heading of “enabling skills.” They are: grammar, oral fluency, pronunciation, spelling, vocabulary and written discourse.

Despite these differences, it is possible to compare PTE Academic and IELTS scores. An overall score of 86 for PTE corresponds to an IELTS band 9. The succinct, focused structure of the IELTS report makes it much easier to interpret. Crucially, it also makes it easier for you to identify where you need to invest your time and efforts in the event that you have to take the test again. This will save you time and money.

So How Do I Decide Between IELTS and PTE?

The first step in deciding between these two tests is to ask the agency or institution you are working with. There are many institutions that only accept IELTS. However, an increasing number accept both tests as proof of English language ability. If you are in the position to choose, here are some questions you should ask yourself:

Whichever option you do take, you will need to ensure that your English language skills are ready for the challenge. However, as the more longstanding and more widely recognized of the two, IELTS is a sounder choice.